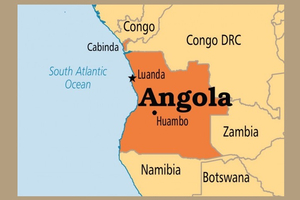 Angola expects to produce 50,000 tons of coffee by 2022, six times more than the production of 8,000 tonnes recorded in the period from September 2016 to June 2017, the Angolan ambassador to Brazil, Nelson Cosme said on Wednesday in Medellin, Colombia.

Cosme, speaking on behalf of Angolan Agriculture Minister Marcos Nhunga, led the Angolan delegation to the World Forum of Coffee Producers that took place from 10 to 12 July in Colombia’s second city.

The ambassador highlighted the Angolan government’s actions to make the country a major world producer again and noted the support that is being provided by the Common Fund for Commodities of the World Coffee Organization, which provided US$8 million for a project to renovate and plant robusta coffee in several regions of Angola.

Before independence in 1975, coffee production in Angola reached about 230,000 tonnes per year, making it the fourth largest coffee producer in the world.

In the aftermath of the civil war that followed independence and only ended in 2002, coffee production dropped to almost nothing, with production of 2,400 tonnes in 2016/2017, according to statistics from the World Coffee Organization.