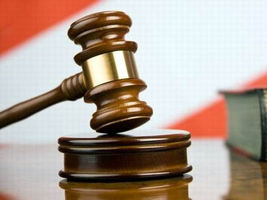 Joanne Mogavero, from Florida, suffered first and second degree burns when the lid popped off a cup of coffee at a Starbucks in 2014, a jury was told.

Her lawyers had argued that Starbucks should warn its customers that lids could pop off.

Starbucks says it is considering an appeal.

The incident happened at a drive-through outlet in Jacksonville as she took the hot drink from an employee and prepared to pass it to her passenger.

Her lawyer, ​Steve Earle,​ said: "My client didn't want sympathy from the jury - she wanted justice - and the jury gave it to her with its verdict."

In a statement, Ms Mogavero's legal team said a Starbucks representative had testified during the court hearing in Duval County, Florida, that the company gets 80 complaints a month about problems with lids popping off or leaking.

A Starbucks spokesperson told the BBC: "As we said in trial, we stand behind our store partners in this case and maintain that they did nothing wrong."

Please enter your username or email address. Instructions for resetting the password will be immediately emailed to you.