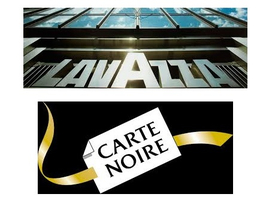 Italy's Lavazza expects a decision on whether it will buy the Carte Noire coffee brand from Mondelez International (MDLZ.O) by the end of June, the coffee maker's Vice President Giuseppe Lavazza said on Thursday.

U.S.-based Mondelez in February proposed the sale of Carte Noire to soothe European competition concerns about a merger of its own coffee business with Netherlands-based D.E. Master Blenders 1753.

It was not immediately clear how much Carte Noire, one of France's best-selling premium coffee brands, might be worth.

Sources told Reuters Lavazza had offered more than 600 million euros ($639.4 million) for the smaller L'Or and Grand Mere brands Mondelez had initially proposed selling before the EU rejected that plan.

Lavazza switched its sights to Carte Noire to grow outside its home turf.

"We are officially in (the race) and there is a chance that some investment funds may present a rival bid," Giuseppe Lavazza said on the sidelines of an event in

"Negotiations will likely finish by the end of June," Lavazza added.

The final closing of the deal would then depend on regulatory clearance by the European Commission.

Lavazza, which was granted exclusive rights to consider buying Carte Noire, will have four weeks from a yet to be announced date to look at the books before other suitors are admitted to its data room, a source close to the company said.

The CEO of Lavazza, world's No. 7 coffee maker by sales, told Reuters last year the company planned to raise its revenues by almost 50 percent to 2 billion euros in ten years to avoid being swallowed by bigger competitors.